Not a Quiet Day. Just a quiet day.

All day long, as far as I know, nothing is happening.

It’s not the day for grocery shopping.

I visited my mother yesterday, and she has no doctor’s appointments, needs no forms filling in, has milk in her fridge, and my sister is visiting her today.

No visitors are coming.

It’s not a day when I’m needed to give a lift in the car.

The magazine article deadline was yesterday – done, sent in.

It’s not the day to go to church.

There are no postal deliveries expected.

Nobody is needing extra attention because they are leaving or coming home today.

We have no builders.

I have no proofs to read.

These last months I’ve been writing writing writing, every day writing writing writing – and yesterday I finished the second of two novels written this year and sent it in, with all support documents – the ninth book in the Hawk & the Dove series, the last of that series. I have nothing else planned, contracted or scheduled.

I am booked for no funerals.

I don’t have any laundry worth doing.

The wild rain storms have stopped, there’s a breeze and a beautiful sunrise.

Other than feeding the crow family, the fox family and the badger family (the wild furry woodland one, not my husband), I have nobody who can’t get their own meals, here.

The house is clean and tidy.

I have everything I could possibly want and don’t need to go shopping.

There are no charity kerbside collections to get up and put things out for.

I (finally) drove out to Catsfield to drop off various people’s unwanted books at the charity book bank.

I’ve fed the young trees and the rain storms have watered them.

This week, nobody has a birthday.

I have no speaking/preaching/retreat leading engagements.

Nobody I live with cries several times a day, needs their bottom wiping or can’t tie their own shoelaces.

There’s nothing I feel guilty about because I ought to be going to it and don’t want to.

The others who live with me have tended the garden.

Terror and the radio

So I had to do this terrifying interview.

You know me. Am I the sort of woman who should be let loose on public radio answering questions? That lethal blend of someone who has been in trouble with authority figures since birth, and has nothing in her head at all except the current version of her own truth.

So anyway, I went. I didn’t have to go. Simon the publicity man fixed it up, but even he had doubts (he’s met me) and said I needn’t go if I didn’t want to. But, seriously: what’s a publisher to do? They took me on. This month they have four books out with me – vols 4-6 of The Hawk & the Dove new edition, and a brand new book – through the ecclesiastical year with Sid and Rosie chatting about life, the universe and everything in 52 Original Wisdom Stories. I know almost no one, hardly never go out, am an important acclaimed well-known speaker at zero events in zero circles of people. They’ve got to have some means of letting the world know these books exist, having invested all that time and money in them, having believed in them enough to take them on.

So I thought I’d better go.

Our Alice came with me, because I was afraid, and because the traffic-infested people-heaving torrential London Streets are too busy for what I have become – what A.A.Milne called ‘a small animal entirely surrounded by water’. Like this.

But we went. Take your books, the Badger said: yes – just take them. So I did.

It turned out the radio people had, to my utter astonishment, actually taken the trouble to read my books. There were two people, a man and a lady. The lady had read The Hawk & the Dove (not the whole lot obviously, just vol.1) and the man had read the 52 Original Wisdom Stories.

They were very kind to me – pleasant and encouraging, friendly. I passed through the whole thing in a kind of surreal semi-out-of-body state. I have no idea – no recollection at all – what I said to them.

Three things stick in my mind. The interview happened in three segments, which meant that at a certain moment in each of the three bits, the man with headphones on (who was introduced to me but my mind had frozen by then so I can’t tell you what his name was) would move forward, pointing his index finger tellingly at a machine. I didn’t know why but assumed it meant something was stopping (I didn’t know when). This alarmed me and I didn’t know if I should carry on talking, but the lady – who had the sweetest, friendliest face, smiled encouragingly at me; so I did, for a while.

The second thing I remember from the interview intensified unbearably yesterday while we were watching Hamlet. In among all the paranoia and deception of that play, I was seized with terror and anxiety because of a thing the interview man asked me.

In the 52 Original Wisdom Stories, there’s a piece about climate change, called Perfect Storm, which addresses the conclusion of scientists like Frank Fenner that humanity has only about 100 years left on earth. They asked me about that.

I know – believe me I do know – that my views on fracking and planetary hospice make me seem even crazier than everything else about me does. So I was completely freaked out. Oh God, what should I say? How can I get out of this? Where can I hide? Can I leave now? But, I wrote it so I had to speak to it. [Space for expletives here ………………………]

After I’d seen Hamlet, all full of mad people, I felt even more paranoid about it, and went to bed telling myself, calm down, be realistic. People think you’re crazy and a liability already, hey, what’s the difference? Besides, it’s all true.

And the third thing I remember: I suggested they ask me about the ‘dones’ – people who are faithful Christians but no longer go to church. What I hadn’t anticipated was what they would ask me – how to get them back? Because the question surprised me (I'd never asked myself that), usual thing, I could only think of what I believe – that simplicity is the answer. Living simply will speak to souls who have become discouraged and wandered away. I felt ashamed, because it sounded so feeble and unlikely – unless you’ve tried it of course, and then you know.

In the last bit of the interview, the lady spoke with such warmth and enthusiasm and kindness about The Hawk and the Dove. She hadn’t come across my books before, and she said she really loved it, which made me feel so happy I offered to give her the rest of the new edition, seeing Badger had insisted I bring the with me. But she smiled at me, so friendly and kind, and put her hand on mine and said, no, no, no, she’d get them herself. Here, surrounded by the financial stringency and plain truth, you see, I forget that there are people who can buy their own books easily, and people who don’t really mean what they say to you.

So taken all round the entire experience rather shook me to the roots. It was so good of Simon to fix it up for me to go to London and do that. It was exciting and interesting to meet Ruth and Jeff the radio people, and they were so courteous and encouraging and affirmative.

I will never, ever, ever do that again. 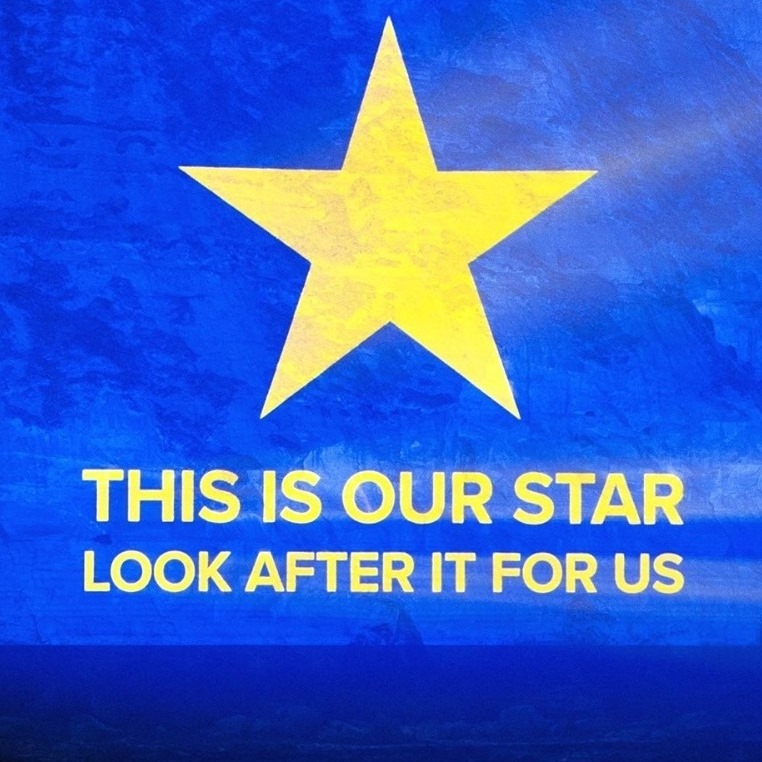