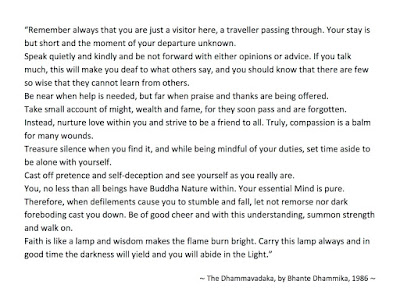 Thinking of you today, American friends, as you vote for your future president. May God be with you. xx

so many of us are heartsick here this morning but we are resolved to go on doing good and holding hope close. we are praying for strength to stand up to injustice, hatred, prejudice and contempt. we are so grateful for your prayers and warm thoughts. they give us courage. God Bless.

So weirdly similar to our Brexit; a country split right down the middle, and mindboggling consequences - economic, social and cultural; massive. Been the strangest year ever. x

Thanks, Pen, for always remembering we're one, big, connected global family. What a disheartening turn of events...but, like Gretchen said, we'll just have to keep on doing good and holding on to hope. Montana was facing a governor that was also a rather frightening prospect--but he didn't win. So, small victory for us here in Montana at least.

I have an open mind about the future here. Trump is not what we are used to in a politician; he is a childlike person. But maybe in some ways (if you see what I mean) he says openly what others do hiddenly, rather than being essentially different. John Pilger, whose work I respect immensely, and who has been warning about the escalating situation with Russia for a long time, regards Hillary Clinton as a far greater danger to world peace than Donald Trump. Surprisingly. And Pilger is rarely wrong. I personally was rooting for Hillary Clinton, but I took note of what John Pilger said.
Also, in the UK, if at the last general election things had gone (as I dearly wished) the other way, then our Jeremy Corbyn would never have emerged as a potential leader and strong political influence even in opposition - and he is the best thing in British politics in my lifetime.
So who knows what will come. We vote, we pray, we try - but it is in the end in the Lord's hands. xx

indeed, pen. a wise orthodox monk once wrote that when disturbing things are revealed it is because they need healing. there has been plenty of 'hidden' racism, bigotry and prejudice in our country. now that it's all much more out in the open, perhaps there will be opportunity for healing and also the opportunity for those new voices, like jeremy corbyn, to be heard. i'd wondered if you'd read 'why america failed' by morris berman. he also believes that rampant consumerism is largely to blame for where our country has gone so wrong. dropping out of that consumer culture has been a large theme in my life for the past several years, mostly in order to have more to give to those in need. now that is more important than ever. keep writing these posts; they inspire me and keep me ever honing my simplicity skills. oh, and a shout out to BLD in montana. so grateful that you had a bit of good news :)

Hi Penelope
Thanks for you sensitive post. This is a complicated situation but very grievous for many of us here in America who have been frustrated by the whole political process and our apparent helplessness to change or influence it; and then either deeply conflicted, or stunned, sickened, and apprehensive at the outcome. I work in the mental health field which is heavily influenced by insurance coverage. This is another concern, both will our clients be able to get the help they need, and will we as therapists be able to continue practicing if they can't. I will check out John Pilger's work, sounds good.
DMW

I woke greatly relieved to hear our news. I'd gone to bed deciding to rise in peace regardless of the outcome. I couldn't believe my ears. The media voices had me convinced there was no way for our now-President-Elect-Trump to win.

DMW - the article by Pilger that spoke about US political options is here http://johnpilger.com/articles/a-world-war-has-begun-break-the-silence-

Interesting perspective (Pilger's). I appreciate that you took the time to read it. With all the news sources, pundits, and social media, it is difficult to ascertain "what is truth", and far too few read/listen outside their comfort zone/bias or leave the "thinking" to their favorite celebs in Hollywood or pulpit.

Heheh - yes indeed! I like to do my own thinking. Over the decades I have found that what Pilger says, most people dismiss as ridiculous. And then within two years it turns out he was right. x

I was one of the third party voters for the first time in my life. I couldn’t in good conscience vote for Clinton’s pro-abortion policies, and I believe she is more war-friendly than people might know. I couldn’t in good conscience vote for Trump with his apparent lack of character, experience, and his history with women, minorities, etc. There were already 999 nails in the coffin when that last secret recording of him came out (which I forced myself to listen to), and that pounded in the 1000th one for me.

Many told me I was wasting my vote and there’s no way I can prove otherwise, but I believe that when the tiniest choices are made, often unseen by everyone but God, a difference is made or begun in the spiritual realm. I don’t know how that works, but I believe it. I cast my tiny vote in a way I hoped would not dishonor God, and left it with Him.

When we scrawl “not my President” on our foreheads and take to the streets in destructive ways, I don’t see how that accomplishes anything this country needs. The fact is, Donald Trump is now my President-Elect, now matter how stunned I was with the way the people (or the Electoral College) decided.

With God’s help, I hope I can take Hillary Clinton’s advice from her very gracious concession speech, and keep an open mind about the Trump presidency. He now has what must be the most daunting and sobering job on the planet, and I have chosen to “help” him succeed in the best ways I know how. I will pray, pray, pray for him and his whole family, asking Jesus to settle on them, be real to them, help them every single day. I choose not rail against him because I hope to honor the office he’ll hold. I might disagree with him, but our country needs to figure out how to disagree with each other in more loving, patient and productive ways. I can’t make anyone change, but I can ask God to help me.

(Now to apply this to all of my life…ha!)

We live in difficult times, do we not, and the burden of our decisions, however insignificant we may be, feels heavy. About abortion, as with most things really, I take the view of George Herbert, who said (about life in general, "With customs we do well, but laws undo us." x