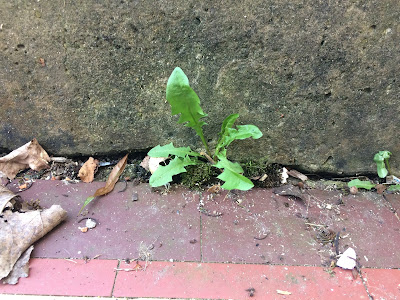 I try to keep numbers of Facebook friends to a reasonable low, but even still I have several friends whom I know hardly at all — people whom I’ve never met offline, who live far away and whose perspective on life is not mine.

What I think they all have in common is living in the light of something greater than themselves — faith in God, spiritual practice, political commitment, a passion for the wellbeing of the Earth and the myriad living beings for whom, like us, it is home.

Consequently, my Facebook feed presents a constant stream of posts urging me to help, to give, to improve myself and to adopt a better attitude.

One of my Fb friends is staying just now at the same Christian conference as my husband is attending, and she is giving us a wonderful window into the inspirational impressions that catch her attention as she attends workshops and worship.

One of them caught my eye particularly:
“Bitterness obscures our ability to see clearly.”

How true that is!

I turned it over and over in my mind, reflecting upon it.

I have known bitter people. I think I harbour a fair degree of bitterness myself.

I do believe I may have developed some opinions about bitterness. Here, for what it’s worth, they are.

I thought: some herbs are bitter. Dandelions, for example. Bitter herbs are usually very good for the liver. They are included in the Jewish Seder plate at Passover, reminding the people of Israel about some of the bitter experiences they passed through in their life’s journey. Bitterness, then, has its place; it is part of both our medicine and our memory. It is not possible to eliminate bitterness from life; it cannot be all sweetness — to hope for that would be unrealistic. Perhaps (like dandelions for the liver) one just has to know how to make use of the bitter weeds that grow unbidden in the garden?

I thought: how useful is it to reproach or look down on someone for bitterness? I don’t mean my friend or her Facebook post did, but I know that it can happen. Some of the most bitter people I know have suffered considerable injustice; the bitterness developed in its wake. Is the bitterness, then, or the injustice, the root problem? Bitterness can also grow in the compost of disappointment; we speak of being “bitterly disappointed.” To be overlooked, passed by; to see lesser work done by more privileged people fêted and praised while one’s own good work is disregarded — this can turn to bitterness. Then is the bitterness or the lack of affirmation the real problem?

And I thought of the many times in my life I have watched while onlookers comforted the perpetrators of injustice. The man who cheats on his wife — “Oh, it was because she worked night duties, poor man; she should have found a different job.” The person who is cruel and destructive — “Oh, it was because they had such an unhappy childhood, poor thing.”  In the church, where the practice of forgiveness is a central aspect of the Way, it is easy to become so focused on understanding and compassion that those who suffer injustice get completely forgotten. As a minister I knew said to someone who had lived through a series of bereavements and traumatic events: “You must be used to it by now”; when of course in reality, seeing one's life systematically trashed is not the sort of thing a person can get used to. In these bombsites the weed of bitterness seeds and flowers and establishes.

I don’t think I have a message or a lesson or a pointer to show a better way. I’m just saying — but this I do know for sure; where bitterness is apparent there is always hidden pain.

Yes!!!!!!!! “Where bitterness is apparent there is always hidden pain.”

Thank you for this message - so timely for me.
blessings
DMW