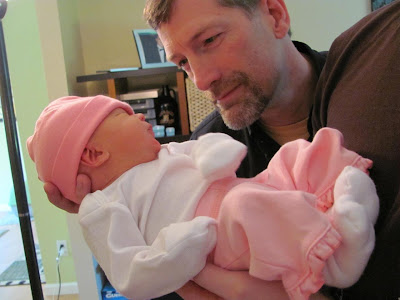 I wanted to tell you about my literary agent.


The first thing I should tell you is I have never met him, because he lives in America, and I have never been there. There aren’t any literary agents for Christian writers in England. Well – I did have one but he went bankrupt; UK Christians aren’t that great at buying books it seems.


My agent is called Chip. Nobody in England is called Chip. It has that exotic American snap to it. Chip. That’s his name. And MacGregor - which I had associated only with Peter Rabbit before.


My agent – Chip – seems sharp and pointy in his mind to me. He doesn’t suffer fools gladly. He works very hard. He is a very self disciplined man. His agency is flourishing and doing really well (I think – it has increased its staff anyway and that’s surely a good sign). He has a list of authors who seem mostly highly successful and talented people. Chip sends us emails making sure we know about the Google register and being Brutally Honest with us about Marketing – which is to say he tells us that’s our responsibility and if we don’t do it nobody will. He goes into patient detail about what we have to do for Targets and Platforms and Goals and Priorities and things. I read all his emails.


I have this bad feeling about my agent. Well, no – not about Chip, because he's a sweetie; about me actually. The thing is, I don’t market anything, because I couldn’t sell a bottle of water to a man dying of thirst; obviously – you’d just give him it, wouldn’t you?


When I write a book, publishers ask me to send a list of famous people (speakers, preachers, writers – you know, people with a Ministry) so they can be approached for commendations and endorsements for the book cover. And they send me a pile of books to give to famous people to help with the marketing. I don’t know any famous people. I either give the books to the church for raising money to fix the roof, or to people coming by to pick up things I advertised on Freecycle.


My books do OK. My Hawk & Dove trilogy has been jogging along for 20 years now, quietly selling. My Spiritual Care book found its way into most hospices. But marketing is not my forte. I can only write.


And the reason I have this bad feeling about my agent is I think I let him down. I am not a success, not really, or savvy. I don’t have targets – at least, only three: to make Jesus known and loved everywhere and to help build the Peaceable Kingdom and to make sure that anything that passes through my hands is blessed before it goes on its way. I do no marketing. I can’t get my head round target audiences or techniques. I’m just not made that way.


I don’t give my agent enough work either. I just take a book along to a publisher and say ‘Will you publish that?’ and they say ‘OK then is this enough money?’ and I say ‘Sure’. Chip places some things for me, and I’m grateful for that, and grateful to know that I have a literary agent. It’s not the thing that makes me feel like a proper writer – only writing does that; but it kind of feels like someone’s on my side. But I feel bad that I don’t do my side of the business all that well.


But there is one thing especially I wanted to tell you that I really really love about my literary agent. There are subsidiary things – I love that he prays for me; I love that he is faithful and patient, and that in a quiet way his faith in God is as humble as it is tough. Chip hasn’t had life easy. But the thing I really really love is this photo I have of him with his granddaughter Maelie just after she was born.


Any man who has the soul within him to allow such tenderness to shine from his face also has my friendship, and my trust. When I look at this picture, I believe in Chip. Nothing to do with his sophistication or his sharp mind and the way he knows the market. I just know that such vulnerable tenderness as that takes you all the way home.
Posted by Pen Wilcock at 19:27

What a super photo!

There is a reason we all got different gifts ~ which is why you have a lovely practical agent! ☺ Seems like God's got it all sorted so just keep smiling & be grateful. ♥

Love verification's spelling. Today's word is pullovers spelt "pulovas." Sorry I have a weird thing for verification. It fascinates me what comes up randomly. ☺

Ah you are so dear and precious sister. Always thinking of others and I love you for that.

So sweet. I almost wish I had a manuscript ready just so he could be my agent too. Alas, I am not sure I would qualify as "established writer" in that sense....Do published articles make one "established" as a writer? LOL! Doesn't matter as I don't have a book anyway!

You have a very good heart and a keen eye for "seeing" people, Ember.

We share the same agent and a love for the simple joy of writing books to be read. Marketing is what I like to do on Saturdays a couple miles from my house where I can buy fresh eggs and sunflowers and fresh from the oven ciabatta bread and peaches.

I loved this. And I love sharing agents with a kindred spirit!

This, as your other writing, is beautiful. I too am dreadful at marketing. I hate talking about percentages and rates and quantities. ugh And being self-published makes it even more important that I grapple with these miserable things.
I'm delighted to have found your blog, after having read The Hawk and the Dove umpteen times with laughter and tears. Blessings!

Hi there tisagifttoreceive (good name!) :0D Thank you for your kind words - though it's easy enough to write nice things about nice people - and a lot of what made this post beautiful is that photo, which every time I look at it just blows me away. I'm so glad you liked the Hawk & the Dove - 3 new books in the series just written, and the first of them will be out in July 2011, with the title The Hardest Thing To Do. God bless your writing and the publicity for it! Oh - and I love your blog! x

Thanks for sharing that! Chip's my agent, too, and I completely agree with everything you said about him. One thing I really respected when I started working with him was his integrity about staying true to the gospel in what he sells.

That is a truly beautiful picture.

I'm not an American, either (I'm Canadian, so I believe in things like putting extra "u's" in words every now and then, just like you do), but I have had the privilege of meeting him. And perhaps one day, when I'm in the UK, I'll look you up, too!

Hi Sheila! Yes, I'd love to meet you if ever you come to England
:0)
And yes, Chip's a good man and a good agent!

A lovely tribute to Chip, who I've met (many years ago when he was not yet an agent) and have always respected for his wisdom. And the photo is heart-melting.

I've never told you before, but your Hawk & Dove series was one of my first experiences with Christian historical fiction. I still have my copies, bought when they were newly published. Blessings to you!

Thank you, Lori - yes he is lovely.
You must be older than you look! The Hawk & the Dove trilogy has been in print for 20 years! A new one in the series out in July 2011, 'The Hardest Thing To Do'.
Thanks for getting in touch :0)

Ember historical Christian fiction is my favourite genre, hopefully I will read this book after The Road to Blessing, maybe in my winter.

I have a published book, in the national library catalogue, hopefully I haven't mentioned it before. My uncle asked for a copy recently, I hope he liked it as it is he I would most like to like it.

Sales and I don't go very well together, maybe it is an art that can be learnt? Not sure, would love to know.

One of the things Chip has gently educated me in is the whole idea of sales.
Basically what writers need to know is that if their want their books to do well they have to take responsibility themselves for the publicity, not leave it to the publisher who has to large a through-put to give each book adequate attention.
There are different ways of approaching the publicity, but the key thing to grasp is that as the writer the buck stops with you.

I heard about your books in a post from Diane, who blogs at Circle of Quiet. :-)

Hi Pilgrim! Nice to meet you! Circle of Quiet - that's a beautiful name, isn't it? I went across to have a look at her blog - what an interesting person; and I love your blog too, especially the photo of Puzzle :0)