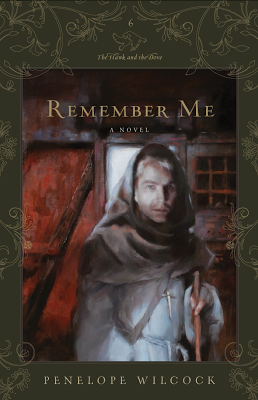 Sometimes I go back and read the books I have written, because they remind me of the principles I try to live by.

Recently, perhaps triggered by our recent conversations here about forgiveness and healing, I have been thinking about what makes a person whole/well/holy (words sharing the same root).  I went back and re-read a section from my novel Remember Me, which tries to put into words my perspective on this, showing the connection between the healing of the soul and the building of the Kingdom.

Here's the passage I mean, and then, to follow it, a song to help hold the thought in mind:

From the novel Remember Me by Pen Wilcock - please only quote sections longer than 100 words with permission.

Ember, I just finished reading "Remember Me". I enjoyed it as thoroughly as I had all the previous books in the series. Each book "spoke" to me at the time I read it.
The stories of William and John are so powerful and true. And the way you worked out how they worked things out did not simplify the ongoing challenges and struggles.
I will refer back to this excerpt and others. I am sure.
Thank you.

this is so helpful...I was talking to our vicar about these things today as sometimes it seems as if the membership of a church or group has nothing whatsoever to do with being remembered or remembering others. thankyou again!!!

Roberta, I'm so glad you enjoyed 'Remember Me'. x

Gerry - yes, it's always so easy to get caught up in other things in the church, especially the complications of finance property issues, or of holding office and seeing jobs get done. Remembering the people is part of remembering the holy. x

"Woe is me! for I am undone." re-MEMBER me. This is priceless Pen. Thank you for posting it. Your Friend, The Good Thief

I first heard that song at the funeral of Cardinal Bernardin of Chicago, broadcast live, years ago. Great song.

I like the idea of being re-membered very much, and I also like the thought of doing my small piece to advance the Kingdom on Jesus on Earth. Thank you.

It is perfect this remembering. Jesus asking us to remember, he remembering us... We being made whole (re-member).

I particularly like the Remember Me chant. I think it may have been the first Taize chant I ever heard.

Yes, I think 'perfect' is the right word, Asta. Do you remember the saying of Jesus, 'Be ye perfect even as your Father in heaven is perfect'?

That perfection is achieved ( think) not by moral effort but by being healed, re-membered; it is the condition of shalom, of being made whole. x

This is very close to what I've been thinking about following a conversation with Buzzfloyd about the beliefs of Jehovah's Witnesses, and their wish to keep their bodies whole for resurrection (if I have understood that correctly). Regardless of what we believe about the afterlife, I was thinking that no matter what, we cannot end life with the same physical body we started with, it changes, it becomes scarred, it eventually must either be fatally injured or terminally sick. So if we were in any way resurrected it would surely be in a "pick your best moment" kind of way. Not sure how that logic relates to the soul, but all of this is coming together to produce interesting thinking-material for me!
And thankyou for the song, it was perfect. I love Taize singing, and wish I could experience it first hand!
Not even going to tell you what the verification code said to me. It was complimentary, but rather indecent!

:0) Did any of us ever tell you about that rather wonderful Taize service Rog & Carol did at St George's out at Brede where we managed to set fire to the carpet? Still makes me laugh . . .

I have the music playing for at least the 3rd time as I am typing. Beautiful. Soul filling.

Penelope, your words contain a a measure of insight, depth of spirit, wisdom, . . . so many qualities . . . that are a rare find and such a generous measure. I am so thankful my friend "introduced" you to me. If I had a highlighter I could have used on your posting there are many parts of what you had posted I would have colored in yellow. :-) As I read this book on my Kindle, I will be adding many more "snippets" to my snippet collection on my Kindle.

Thank you for sharing.