Here is a sentence (from this web page) that stopped me in my tracks:

“Ma is a concept of absence and in-between … a departure from a way of looking that privileges the tangible.”

I had never properly grasped, until I read that sentence, in our Western culture, just as we privilege the “white” and the male, we also privilege the tangible.

This is what I am working at/for – a life that no longer privileges the tangible.

I found that web page while rooting around investigating the word ma.

The Japanese have, it seems, a word for each of the things I treasure most.

Komorebi ~ the interplay of light and shadow made by the sun shining through leaves. 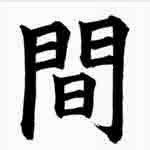 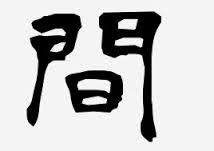 There’s a good article about it on Wikipedia, too.

Gosh. All that and Zen and Macaque monkeys! Oh, I love the Japanese!

Right there with you. Reminds me of a conversation my wife and I had about humility last night.

Another great one from the amazing Japanese mind and language. Adding that one to my little collection of Japanese word jewels too. As one who also MARVELS at what ideas they can have encompassing words for, I can promise you the shadow side is not unrepresented. It seems if you consider the whole fabric no one escapes the shadow, even if they are very artful in it. It is represented not just as words for concepts but as words for actions. I'm no scholar of Japanese culture, so my understanding is surely shallow and crooked, but when I read James Clavell's Shogun years ago, one of my favorite books, I was also introduced to a Japanese steel edged cold, and even a chilling despair at play. While Western culture uses guilt as a social driver, Eastern cultures have a shame/honor policeman. So, there are the honor & shame based suicides that have their own words: seppuku & hari-kari, of course the WWII kamikaze (spirit wind) suicide pilots. These still were considered by the society as well ordered and accorded a certain reverence in spite of the intentional ending of life. There are words from contemporary culture that lack that and seem sadder, and again astonishing to represent something so recognizably prevalent as to be their own word. Karoshi is "death by overwork". The other is for something that us natural introverts will have some curiosity and empathy for, but in the current social context, in this particular Japanese manifestation, it is not being held as healthy. Yahoo news introduced me to Hikikomori. So no doubt you can search it. It is a word for extreme withdrawal from society, locking oneself away style. It is common enough today in Japan, particularly with men, that it has earned a name. It does not appear the carefully, prayerfully approached thing you have done in your pullings away from certain things, Pen, where you have not forsaken love, faith, family, or nature. Hikokomori has a a more bereft spirit to it, and seems more sheer reaction. I don't wish this morning to be dark in these observations, just curious and alert to the whole amazing cloth, as able. I seem still well attached to my Holy Grail > To be able to look at all things, turning aside from none, and still be in possession of Joy. For all my chatting, I strongly suspect, as you seem with solid commitment also to suspect, that the maturing of that will eventually boil down to a realized thought of utter simplicity. Meanwhile, wordy old girl this morning, huh? I'm glad for your hospitable open door and that I know how to make my way to it :-)

And what a treat to have your reflections shared here with us! Thank you for stopping by, my friend. I see in the lovely prayer shawl you made me something akin to the beautiful Japanese comforters you brought to our attention. xx

Bruce! Hello! Lovely to hear from you. I wonder if you might write a blog post on that conversation about humility?

I just learned of wabi-sabi two weeks ago (or rather I learned of the term, as its something I've known in my heart much longer). And now this new term, Ma. I must learn more about the Japanese, it seems.

A culture of spiritual imagination. xx

I first encountered the label "negative space" when someone praised a photo of mine for its negative space. I had to google to discover what they meant!
It's something I had been doing automatically in many non-landscape pics without knowing.
Interesting idea to extend that concept to other areas, thanks :-)"

A little like the concept of the liminal. Not quite the same, but similar. I am quite fascinated by liminality.

Liminal. Well, I know that word but I've never really pondered on it. I'll put that in my thinkabout and chew it well. Thank you! xx