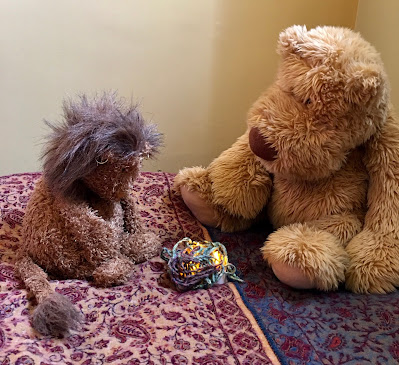 “What?” Ursa asks him softly. “What’s the matter?”

Danshari was sitting just quietly, gazing into the fire, but Ursa can tell something’s wrong.

For a while, Danshari still doesn’t say anything. But the Great Bear is patient. After all, her whole job in life is to help people find their true North, and navigate their way to what really matters. All by itself, doing that, you spend a lot of time waiting.

Danshari is grateful to be with her, here by the fire in the peaceful night. Of course it’s always lovely when everyone gathers round, and there’s cocoa to drink and somebody starts singing and then they all join in. But sometimes it’s nice to have the company of just one friend, especially somebody who understands you, and can tell how things are without you even having to say anything.

But now he says, “How did you know? I was only sitting here quietly, like I always do.” 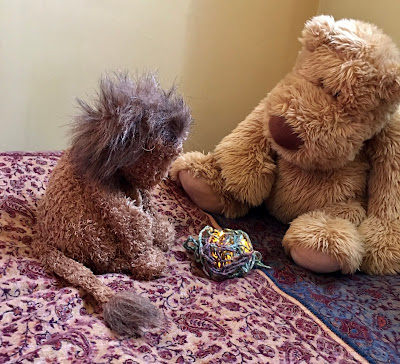 And the Great Bear tells him, “I can always feel it when something’s wrong, because I am your friend.”

Danshari nods. He understands that. It’s the same with him. “I’m angry,” he says simply, though he doesn’t sound angry — just sad.

“It was something I saw today, something I read about. On the internet. Something cruel and wicked and unkind. All day long it’s kept coming back to my mind. It upset me. There are things in life so terrible, things the humans do. It makes me angry.” 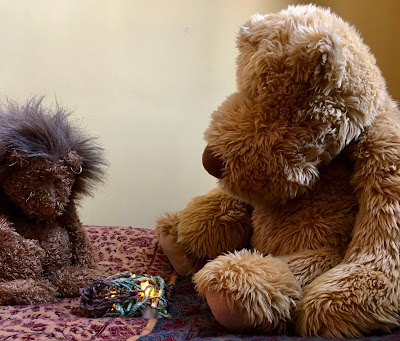 Ursa listens, and thinks about this. Then she asks him, “If your anger was a thick blanket covering up what’s inside of you, and you lifted one corner and peeked underneath — what would you see? What looks back at you.” 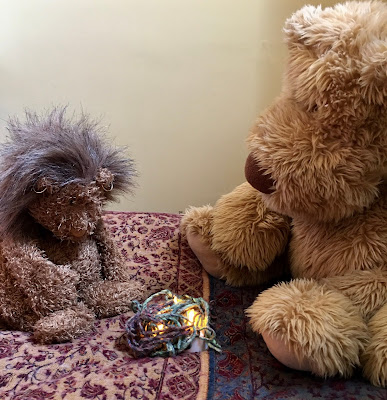 “Despair,” says Danshari quietly. “And underneath that, such a deep ache of sorrow that I hardly know how to carry it. There are some things, Ursa, that happen every day, and should never have been allowed to happen even once. It stops me in my tracks, and I ask God, can’t you stop it? Can’t you intervene? But there is only the sound of silence. In this — Ursa — I cannot find God.” 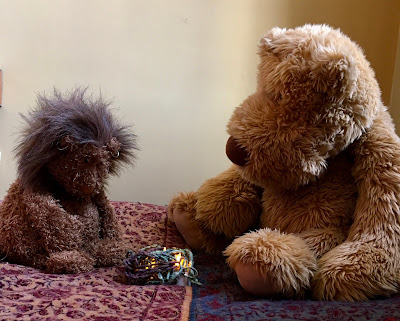 And Ursa says, “I think God is there in the sorrow. This is what it means to be acquainted with grief.”

There is a silence while Danshari thinks about this.

“I know,” says Danshari. “I know. The next thing is you have to get to know them properly. Try to understand them. You have to make friends with them.” 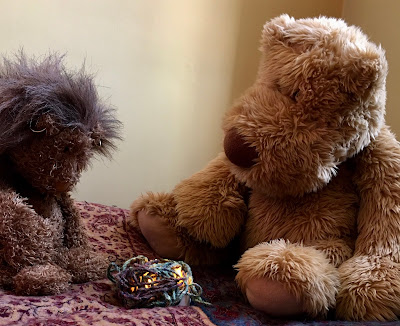 Ursa doesn’t say anything at all, because some things don’t need a reply, do they?

“This is going to be difficult,” says Danshari. 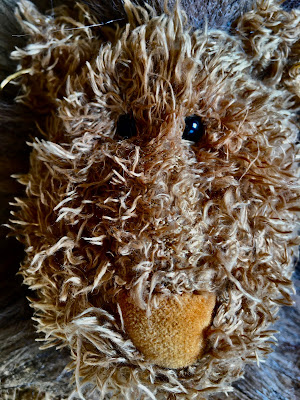 I'm learning a lot from the animals. This programming is wonderful.

I’m loving this series very much. It would make wonderful children’s book.