A Who's Who for The Campfire Kids (and for you) 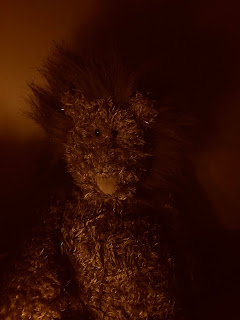 There's Danshari the lion (or you can just call him Dan). The others usually rely on him to sort things out. Mostly he can manage it, but he talks things through with Ursa, The Great Bear. 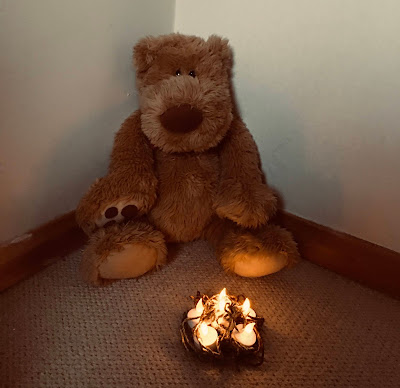 The Great Bear helps people to find their way — what is sometimes called our True North. That means who we really are and what we are here to do. Wow. That's useful.

Then there's Hanafubuki the unicorn (who is okay with being called Fu). Hanafubuki is magical and mysterious and hard to pin down. There is a sort of innocence about Hanafubuki, if you know what that means. If you don't, well, most of the world has no idea what Hanafubuki means, so you'd be in good company. 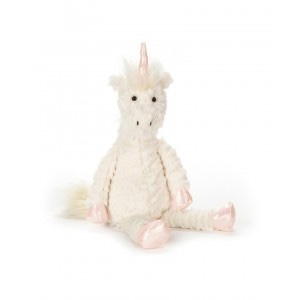 Now we come on to Irusu the dog (and she doesn't mind if you just call her Su, but try not to muddle that up with Fu who is obviously someone else). 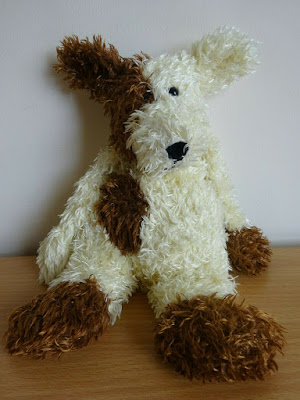 Honestly? She was not all that keen on having her photograph taken, as I think you can tell from the picture. Irusu is not exactly shy but she does like to be left in peace. When she sees somebody coming up the path to the front door, under her breath she murmurs, "Oh no." And you know what she does then? Yes. Hides under the bed. Or behind the sofa. Or locks herself in the bathroom. Anything, just so she doesn't have to talk to the visitors. All that smiling and chatting makes her feel really, really tired. Irusu won't answer the phone either. She just likes being quietly at home with the gang.

Moving on. This is Ebenezer. 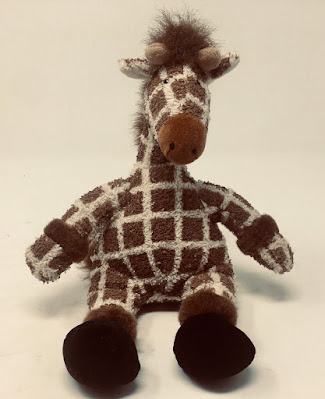 There is a certain amount of confusion about Ebenezer, for two reasons. One is that Ebenezer is a boy's name, but Ebenezer will tell you that — whatever you may think or assume about her — this Ebenezer at least is a she not a he. So we go with that. The other reason is that you have to look closely and think hard to realise that Ebenezer is a giraffe. The thing about giraffes is that they have massively long legs and a massively long neck, and Ebenezer has neither, because she has a Physical Condition (that's a bit like an illness) which meant her neck and legs stayed short. Ebenezer gets tired and isn't very strong, but she is sharp and clever, a very thinky kind of giraffe. She reads a lot.

There's also Yūgen the sheep, caught here by some kind of miracle on camera, somewhere yellow. 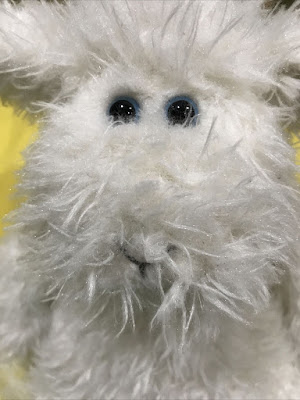 Yūgen is usually quite hard to find, because she is at one with everything — in the garden generally, or wandering quietly in the woods or up the hill. Yūgen thinks a lot about the odd way things join together and find each other — for instance, that when life is difficult for a person it is very sad, but at the same time it often makes something very beautiful emerge; kindness, perhaps, or courage or patience and determination. So that means what is bad and what is good are hard to tell apart. How puzzling. Yūgen's idea is that everything you can think of is somehow joined up to everything else. It's all one thing really. When I try to imagine that, I get it and then I lose it again, and that's how it is with Yūgen; she gets around but she's hard to find, and then you suddenly come across her. She just turns up.

There's also George Fox, who walks cheerfully over the world sniffing out the spark of goodness in every living soul. 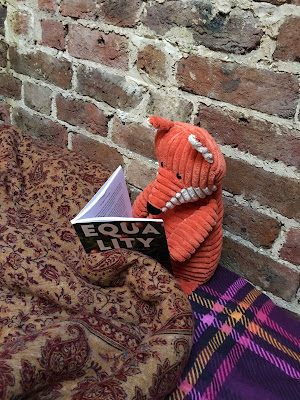 Cheerfulness. What does that mean to you? It's easy to think a cheerful person must always be jolly and smiling, but I have to tell you George Fox isn't easygoing; he can be a formidable adversary to the enemies of Truth. I'm sorry about the long words. Also you could be forgiven for thinking a cheerful person would always be loud and chatty, but George Fox says "carry around some quiet inside thee". That's very good advice. "Thee". Do you ever call anybody "thee"? It's an old way of speaking that just means "you", except it's the kind of "you" a person would say if they're talking to their friends — rather than talking to someone posh or important they don't really know. And George Fox is ready to be anybody's friend, but that doesn't make him a people pleaser — oh, no — George Fox speaks the plain truth exactly how he sees it. But honestly, that makes him the best kind of friend, at least in my opinion. You can trust someone like that.

So here they all are (and yes, where is Yūgen? At large in the universe, I guess). 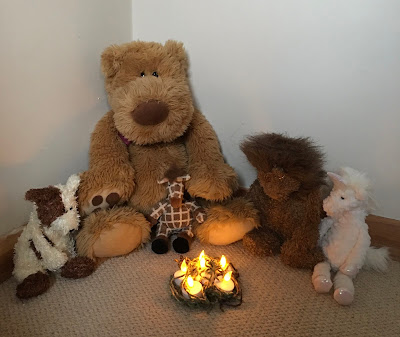 And George Fox? Well, later on, here at Kindred of the Quiet Way, I'll be telling you about the day George Fox arrived in the garden — and then there's a few other people you have to meet. But those people are still travelling and haven't arrived yet. They once were lost but now they're found, but they haven't yet made it all the way, and isn't there a hymn about that? Amazing Grace would know.

I've long wished you would write some children's books.... these posts are so fantastic. Thank you. :)