Needles and stuff to get through 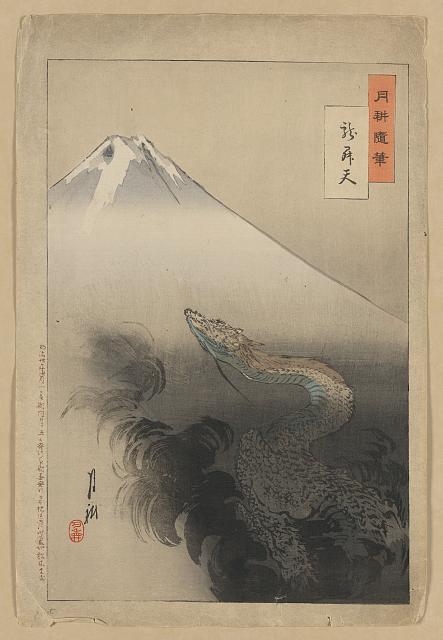 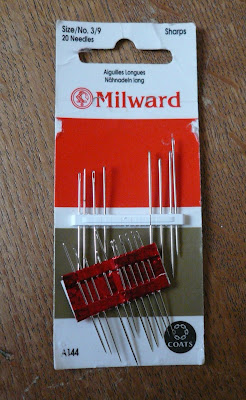 I don’t know how this came about but I have acquired quite a quantity of needles over the passing years.
I think a surge in needle uptake occurred when I married Bernard.  His house at that time was like a shrine to his deceased wife Anne.  All her stuff was still there just as it always had been.  He spent a considerable proportion of the short while he and I were together before his death coming to terms with the end of the era of Anne and the beginning of the era of me, and sorting through her things.  This was good news for me because at first all I had was two drawers and half a cupboard, as Anne’s possessions occupied the rest of the space Bernard’s stuff left over.
As well as being a prolific artist, Annie made all her own clothes and had a work basket full of handy implements – a leather punch, a darning mushroom, a skein of sock yarn, a huge curved needle for stitching leather, a metal thing for determining the size of unmarked knitting needles; all kind of useful items.  And she had a lot of cottons and needles.
It was hard for Bernard to just get rid of anything that had belonged to his Annie, and easier to entrust it to me.  Nobody who knows my living habits would bother entrusting me with any heirloom, but occasionally people use me as a kind of alternative recycling bin – the soft version of throwing something away.
I think these needles are the last of Annie’s.  And I think the ones in the red card may have been given to me on one of the occasions when I officiated at a Chinese funeral. That was interesting.
A few years ago I came across a Japanese prayer to/for needles no longer wanted/useable and now to be laid to rest.  I found the prayer online but the person who put it there found it at a Shinto shrine.  It originates from a special Shinto festival that includes a memorial service for old needles (someone has blogged about this here).  I suppose this is disrespectful of me, so if you are into Shinto please forgive me, but it made me laugh a lot (despite its obviously considerable insight), because to my English mind it is so alien and unexpected.  It went like this:

Japanese Song of Gratitude to Needles

Thanks to you, O needles

We can lead a happy life

Let us all pray to the needles forever

You have to admit, there is something in it!  Where would we be without them?  So in parting from these needles that served both me and Annie well, I bow in reverence.  I wave to Annie on her Further Shore reunited with Bernard, and I send these needles on down the river of life as if they were a votive candle on the Ganges.  Cheerio!

Regarding the image of Mount Fuji at the top of this page:
The copyright holder of this file, Adam Cuerden, allows anyone to use it for any purpose provided that the copyright holder is properly attributed.  Redistribution, derivative work, commercial use and all other use is permitted.  Attribution: Adam Cuerden.
Posted by Pen Wilcock at 11:25

As a sewer, needles tend to be very important. But when they are no longer needed, I have to discard them. I feel that they have been useful and I must let them go.

I pray that your day, even though is very busy, will still bring you contentment.

Ember, thank you for visiting my humble space. Thank you for being such an amazing example of Christian simplicity in an otherwise chaotic world. I must share Ember that this road is hard. Thank you so much for your encouragement.

Peace be with you today,
m.

I do think in your case, honey, building a strategy of treats will be helpful. The combo of buy-nothing and the anti-diabetes regime may get you down otherwise. xx

I live in a needle town, we have needle statues, needle mosaics, needle insets into pavements - most of the needles in the world were once made here - we even have a needle museum :-)

Today's post must be specially for you, then! Along the coast from us, in Lewes there's a Needlemakers factory converted into shops for craftspeople, but that's the nearest I get to the world of needles (apart from sewing)!

I snapped 3 needles yesterday... *sob* Snapped needles are the only ones that leave my house. My favourites are gold plated ones as they slide very beautifully through the fabric. I love needles :-D

I am now down to half a shelf of books, one CD and very few DVD's. I am spending the next couple of days purging my house of unwanted things. As far as getting rid of one thing for every day of the year goes I think I am somewhere in June :-D

Oh, yes . . . I think that wild little figure I see galloping away toward the far horizon tossing things out right and left must be you . . .