Living out of one bag is minimalism's gold standard. On YouTube there are many videos from the world of minimalism with titles like "Everything I own", and a cover picture of a rucksack flanked by a small and tidy array of personal possessions — a change of clothing, a few toiletries, some essential electronics, sometimes a blanket or micro-fibre towel and basic eating/drinking equipment, maybe a clothes line and hammock, a passport — a packable life. One bag.

And minimalism (especially extreme minimalism or essentialism) often focuses on having just one of any given item in a category. It's another theme explored in YouTube videos of the minimalist world: "Things I have only one of". These can be a bit ludicrous — I stopped watching the video put up by the woman who had only one set of eyelash curling tongs. I mean . . . seriously?

Some years ago (2012, my 365 things year) I posted here at Kindred of the Quiet Way about Diana Lorence of Innermost House struggling with cooking in a tiny house, and finding that while reducing from many utensils to few created stress, going down to one suddenly solved everything and allowed possibility to emerge. And this is one of the insights particular to minimalism — that you go down, down, down, and suddenly hit a sweet spot where life starts to function. You find your own individual minimum and it is a place of freedom. Over time it may change for you, because people change — we find new insights, enter new seasons and new relationships, and we grow old. Life's river flows through a changing landscape, but it is always only the one stream, and we find harmony and peace if we can touch the singleness of its flow.

One of the beauties of minimalism is that it easily crosses religious boundaries because it's a component of all forms of spirituality, one way or another. Gandhi and St Francis and the Buddha had  much in common when it comes to life-style — it's the religions that grew up after and around them that hardened into ritualised complication.

Thinking about this in the bath this morning, the prayer of Jesus came to mind, a determined thrust towards minimalist sangha — "that they may be one, Father, as you and I are one." That's one-bag spirituality, as minimalist as it gets — everyone included, no one left out; complex for sure, but uncomplicated, and not by any means the practice of the church, which is riven by what John Wesley referred to as sects and parties (!), by schism and opposition and splits and animosity — ha! How these Christians love one another! Galatians 5 is good on this theme, likewise 1 Corinthians 1.

So I think the practice of Gospel simplicity implies a form of spiritual minimalism that includes a commitment to unity and inclusion. It is, like all forms of minimalism, something that both shapes and requires self-discipline — it's part of the pilgrim way, and that goes uphill at times, and leaves the beaten track altogether in some places. One bag. That's the way of the pilgrim. 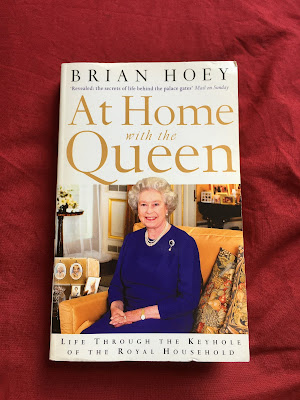 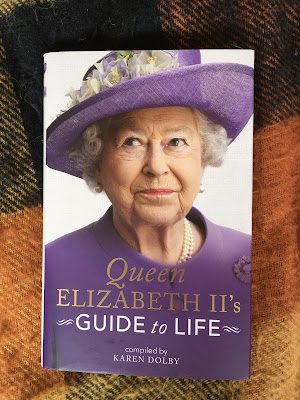 Over the years I've felt a keen interest in the royal family, and I tremendously respect and admire the Queen and also Prince Charles; but I've been surprised to find that after being a royalist so long I've come to the conclusion that the United Kingdom no longer understands monarchy and social secularisation has degraded it to nothing more than yet another form of celebrity, in the public mind. Its day is over.

I sent these books to the charity shop, because I judged them the kind of reading that might appeal to the people I have seen shopping there, and because I know they dispose of books responsibly if they can't sell them — I've seen a van outside the shop, with advertising on the side of a second-hand bookshop that sells through Amazon, picking up books left over, so I feel confident they won't just end up in landfill.

Your words have re-echoed something I read about the famous Corinthians verse on love. It was only 30 minutes or so ago. I will take this is a huge reminder to bury myself into that chapter and explore it again.

I admire the Queen and think someone will enjoy those books. A favorite Scripture for me is 1 Corinthians 13:13 "And now these three remain: faith, hope and love. But the greatest of these is love." True words written 2,000 years ago.