I suppose, if you are used to culling your possessions, you are familiar with the idea of a quarantine box?

That's where you put the things you plan to donate, leaving them to sit for a while in case you were too hasty in your enthusiasm and need to get something back. Obviously that's better for your finances than having too radical a chuck-out and then wishing you still had that item and buying it again. Some people relate to other actual humans like that, don't they? I bet you have, in your circle of friends, more than one person who has ditched their spouse and replaced her/him with a replica. Still, I suppose it's not practical to have a quarantine box for people, but at least that can be done for things.

In this Covid year when the charity shops are closed, the means of disposal are sluggish, considerably slowed down. Freegle is still moving briskly — a lot of businesses have foundered and many people have suffered financially this year — but the bag of stuff for the charity shop is still waiting patiently, making the quarantining process very thoughtful and leisurely. I feel that yen to cut loose from everything that trammels around me and weighs me down, but I do also see the sense in refraining from throwing all caution to the winds, and that's what the quarantine box/bag is for.

I had an interesting experience with quarantining clothes this week. One of the early selections I made in this year of pruning stuff out, a blue floral top and blue cords, I changed my mind about, and got them back out of the donate bag. They are such good clothes and I like them and they kept coming back to mind — I wasn't sure I no longer wanted them. I thought I might exchange them for something different. And then something quite unrelated happened. I saw in the Yorkshire Post (newspaper, online) that Little Betty's Café in Stonegate (that's in York) was closing, no longer financially viable it said. 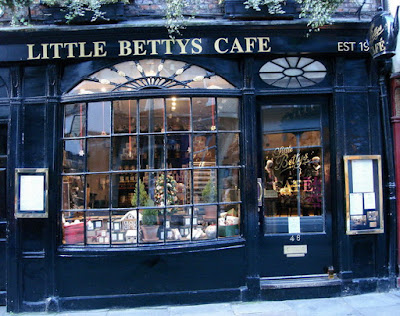 You might not know this, but York (not Hastings where I actually live and have lived for forty years and counting) is the geographical centre of my world. I used to live there, and I love York. I would've like to still live there, I only have to think about it and I can walk its streets as if I were physically there. I want to walk across the city centre for Evensong at the Minster at the end of the day, 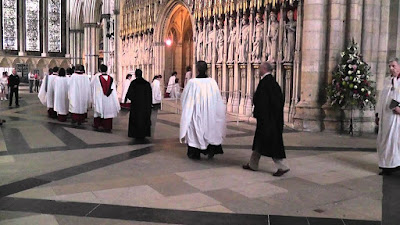 I want to catch the bus out to Thorganby to see the sisters at Thicket Priory, 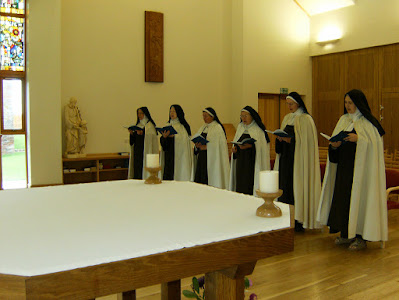 I want to get my vegetables at the street market, I want to go out to Ampleforth sometimes, 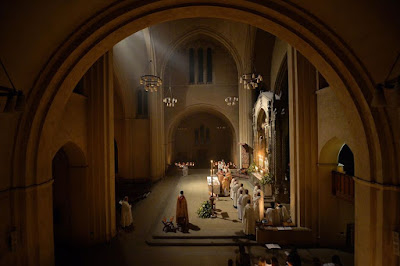 I want to put the Poor Clares back in Lawrence Street where they used to be and go to their prayer meeting, 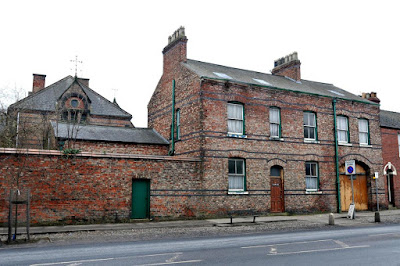 and I want to go (as often as possible) to little Bettys Café in Stonegate for afternoon tea.

As the years have gone by, I've gone back to York whenever I could afford it, and stayed a night in the Travelodge, and on those short trips I've made sure to go to Bettys in Stonegate for afternoon tea as soon as I dropped my bag off at the Travelodge, then for elevenses before I caught the train home the next day. I used to try and time my visits to coincide with a lovely setting at Minster Evensong — William Byrd or something.

But the Poor Clares went from Lawrence Street years ago, and the Minster Choir has been disbanded in the Covid year, and now Little Bettys has closed for ever. I thought it would always be there. The main Bettys café in St Helens Square will still be there, of course, but it's not the same. Little Bettys in Stonegate . . . that's the happy heart of my lost world. A chapter ended. I'll never go back to York again. I'll keep the memories tucked away in my heart of something loved and lost for ever.

Catapulted abruptly into deep mourning by this news, I was taken by surprise to find a sudden aversion to that blue floral top and trousers, a sudden feeling that I hated them and never wanted them anywhere near me again. Not rational, I realise, but then, do we really chose our clothes on an entirely rational basis? Probably not. So I put them back out to donate, and it strangely eased the rage of my sadness to send them away. I don't really understand that, but I noted it.

Today two (more) pairs of jeans went away via Freegle. People are always eager for jeans, so I put my bundle of jeans-to-go straight out on Freegle, not waiting for the charity shops to re-open. They were snapped up! 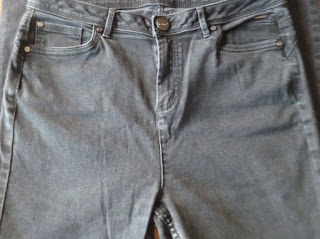 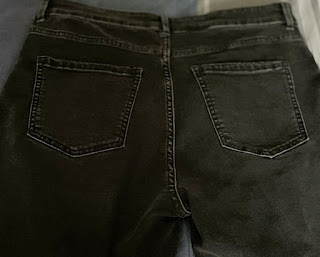 So that was today.

My maternal grandmother did her pastry chef apprenticeship with a Miss Betty in Yorkshire.

This virus has changed our worlds very much and I hate to see long standing businesses fold.

Yes — it will have changed the whole world. Let's hope we learn from it. x