Everything is ephemeral, nothing stays exactly as it was — that's what it means to be alive; things change. "This too shall pass". And it isn't easy to discern which things will turn out to have been important after all.

It took me by surprise that Little Bettys in Stonegate closing was such a sharp loss, and made me feel so bereft. That's how life is; suddenly, quietly, without asking you, something comes to an end.

So much has gone this year. I left the Methodist Church, and my mother died, I've stopped writing books — it feels like a time of endings. It isn't clear to me what (if anything) is left. Opposite where I sit in my room, the face of Jesus looks at me from the altar on the wall, and yes, the gaze of Jesus abides, questioning everything I choose and decide — "Are you sure?" I hope I will always hold on to him. I hope that whatever else is lost, I will always be stumbling along behind him, doing my best to hold steady the flame of his gospel. You can never be sure, though, can you? I mean, I'm sure of him but I've learned to doubt myself.

But in a physical universe characterised by essential impermanence, there seems little point in hanging on to stuff. I mean, why? It makes sense to travel light — that way, everything goes further for oneself and all one's travelling companions.

So today I'm moving on two things that have had their day. One is a dead toothbrush that I'd put in the bathroom to repurpose for scrubbing round the base of the taps. It's just clutter, isn't it? A rag will do the job just as well. 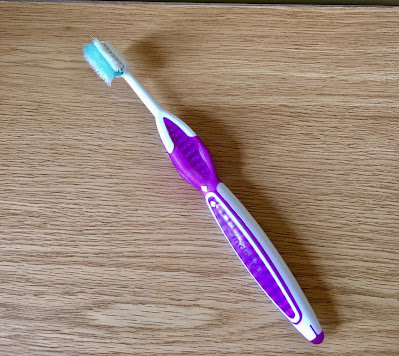 And the second thing is a waste paper bin I bought for a house we lived in long ago. No one needs it. Those of us who use waste paper bins already each have their own in their rooms. Sometimes we've used it as a firework basket, but we are already well supplied with others. It's time this went. 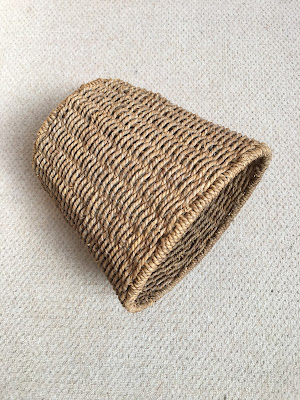 I live in a shared house, and we have some things here that we all use — pots and pans, mugs, breadboards and so on — but every item we have is owned by a particular individual. This is important, because what is everybody's quickly turns into nobody's, and clutter accumulates that way. For every single thing in our house, an individual is responsible. If any of us decides we no longer wish to keep something in common use, we check with the others first. If one of them wants to keep it, then it becomes his/her property and responsibility. If none of the others want it, then out it goes.

Such a sense of time passing, of leaving and ending and finishing, at the moment. 365 days seemed a long stretch of time — a whole year — but already 16 of those days are gone. That's how a life goes by. And the less stuff and clutter that weighs me down, the better I can savour the moments.

Hi Pen - I am so loving your decluttering journey. I too lost my mum last year and had to sort all her stuff and find new homes for everything. It was sad seeing her home of 60 years slowly disappear but somehow seemed to help me with the grieving process. I have ended up with lots of extra stuff which I should now start to declutter. You are such an inspiration and I agree it is much easier to live with less stuff and agree too passing things on to help others is a much better thing to do. Hope you have enough items to donate for the whole year. Thanks again for sharing this with us all.

Hi Marilyn — thank you for getting in touch! Yes, I expect there will be many people whose hearts respond with a very clear "Yes!" to your experience that gradually dispersing your mother's belongings helped you work through the time of parting. The best of her, of course, you cannot lose, because she will always be part of you. x